For decades, the relationship between cannabis and sports was non-existent. Every major league except Major League Baseball has a ban on cannabis use. And the “character” issues associated with Black athletes and drug use has always been volatile.

Luckily, the ‘20s are shaping up to be a new era for cannabis and the Black athlete. From investments to deals with TV networks, Black athletes are quickly becoming champions of both sports and cannabis. Check out these athletes making history in the cannabis industry.

Being a gold medal Olympian makes you one of the best athletes in the world. And putting your face behind CBD might take you back to the #1 spot.

When she’s not winning gold medals at the Summer Olympics, Gabby Douglas is making golden investments. Teaming up with other professional athletes, Gabby invested in Motive CBD. Motive’s product line is geared towards athletes, but with CBD popping up in every gentrified neighborhood, Gabby’s investment might win her a medal.

As one of the most respected and decorated athletes in America, Gabby could be a catalyst for future endorsements for the woman athlete. With topical creams and capsules focused on muscle and joint support, it wouldn’t be surprising if other individual women athletes like Serena Williams, Allyson Felix, or fellow gymnasts Simone Biles follow in her footsteps. Keep raising the bar higher and higher, Gabby.

Basketball players are some of the most influential athletes in the world. It’s no surprise that current and former NBA players are finding more than one way to get into cannabis. 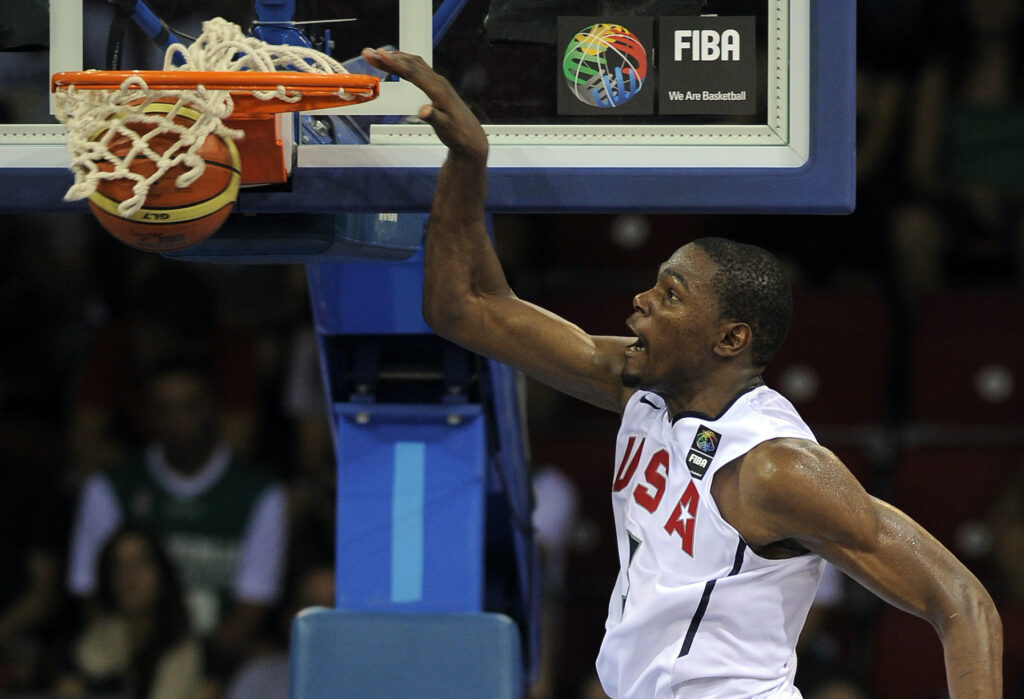 After joining his former rival, winning back-to-back championships and heckling fans on Twitter with his burner account, Kevin Durant could definitely use a smoke. The NBA still has an active ban on cannabis use, thought they won’t test during the COVID bubble tournament. But KD hasn’t let the ban stop him from making investments. His venture capitalist firm, Thirty Five Ventures, has invested in both cannabis ordering technology and cannabis venture capital.

Durant has spoken out about marijuana, saying “there shouldn’t even be a huge topic around it.” And as one of the best and most visible players in the game, Durant’s views on cannabis are pivotal if the NBA is going to stop testing players for weed.

If the best player can get high and put up high scores, shouldn’t we all be able to? 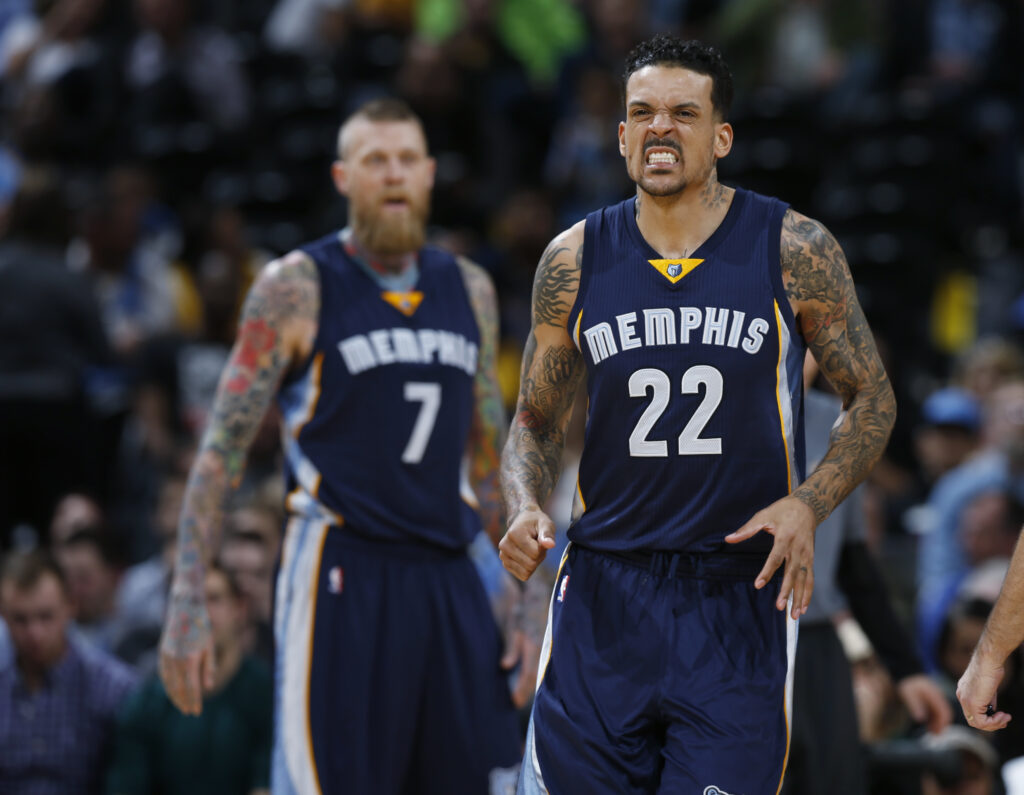 Former NBA champions Matt Barnes and Stephen Jackson were some of the most competitive and intimidating players in the league. Unless you knew them personally, you would’ve never known that for a lot of their games…they were high.

Since retirement, the two ballers have been very vocal about recreational and therapeutic cannabis use in sports. Apparently, some of our favorite hoopers are firing up more than jump shots before the game. 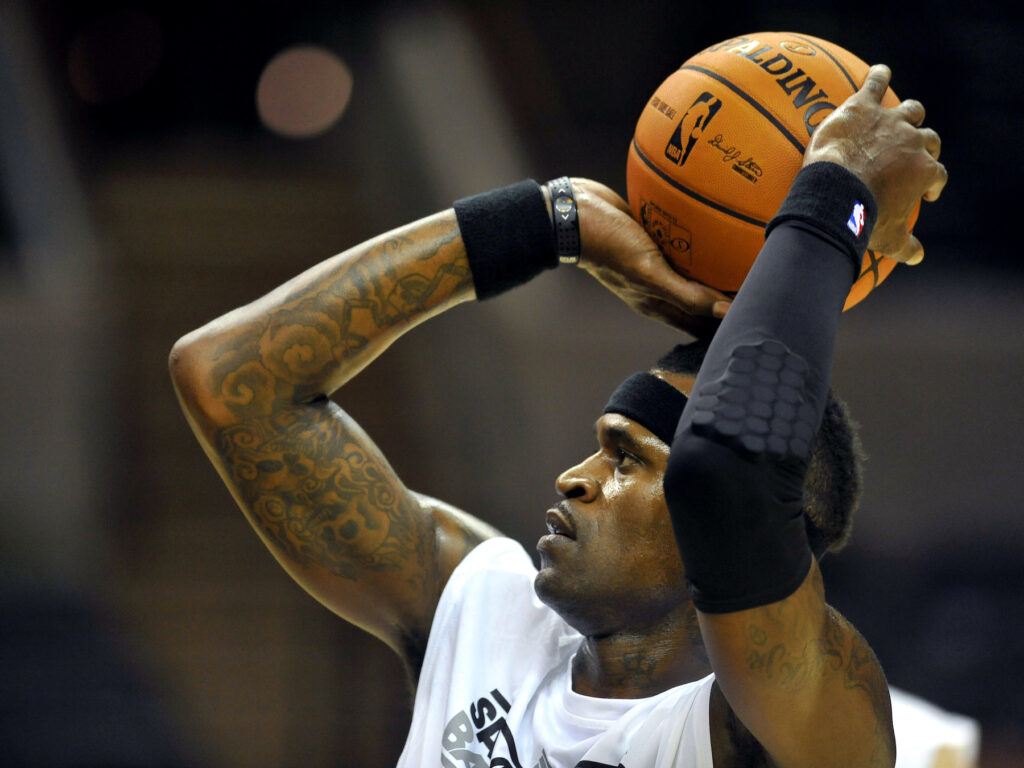 Barnes and Jackson have turned their advocacy into a multimedia endeavor with a video podcast called “All the Smoke.” Partnering with Showtime, the stoned duo talks to current and former NBA players, entertainers, and celebrities. And since the NBA season has been on a COVID-19 pause, “All the Smoke” has become a top basketball podcast.

NBA fans have never complained about players appearing to be high on the court, so maybe Barnes and Jackson are the ambassadors the league needs to reverse the ban on cannabis. 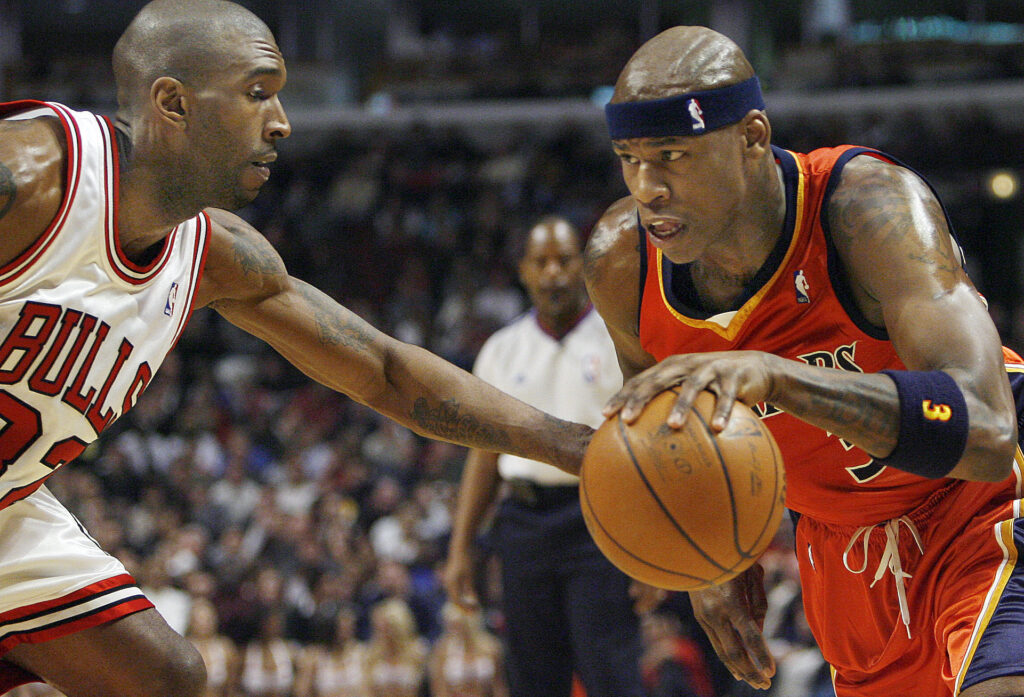 In the early 2000s, a NBA player being suspended for smoking weed was basically a PR death sentence. The perception of the ‘hip-hop’ generation and marijuana was not a healthy one. Hell, players couldn’t even wear basketball jerseys to the game because it lacked ‘professionalism.’ Well, that stigma has changed, at least off the court, and former NBA player Al Harrington is a big part of the movement.

A non-smoker until 2008, Harrington immediately realized the positive effects of cannabis. The mental health improvements and CBD creams post-surgery helped Harrington transition from being known as an ex-player to a true stoner. His cannabis company, Viola, produces in California, Oregon, Michigan, and Colorado.

Along with selling products, Viola is focused on increasing minority ownership, reinvesting in the community and creating opportunities for equity in the industry. Harrington never won the MVP award, but the advocacy work he’s done definitely deserves recognition.

Gary Payton was never the tallest player while he played in the NBA, but he was known for being the biggest mouth in the league. The hall of famer, Olympian, and NBA champion is a cultural icon because of his game and his trash talk, but recently he’s done something no other NBA player has ever done. The Oakland native inked a licensing deal with cannabis lifestyle brand, Cookies. 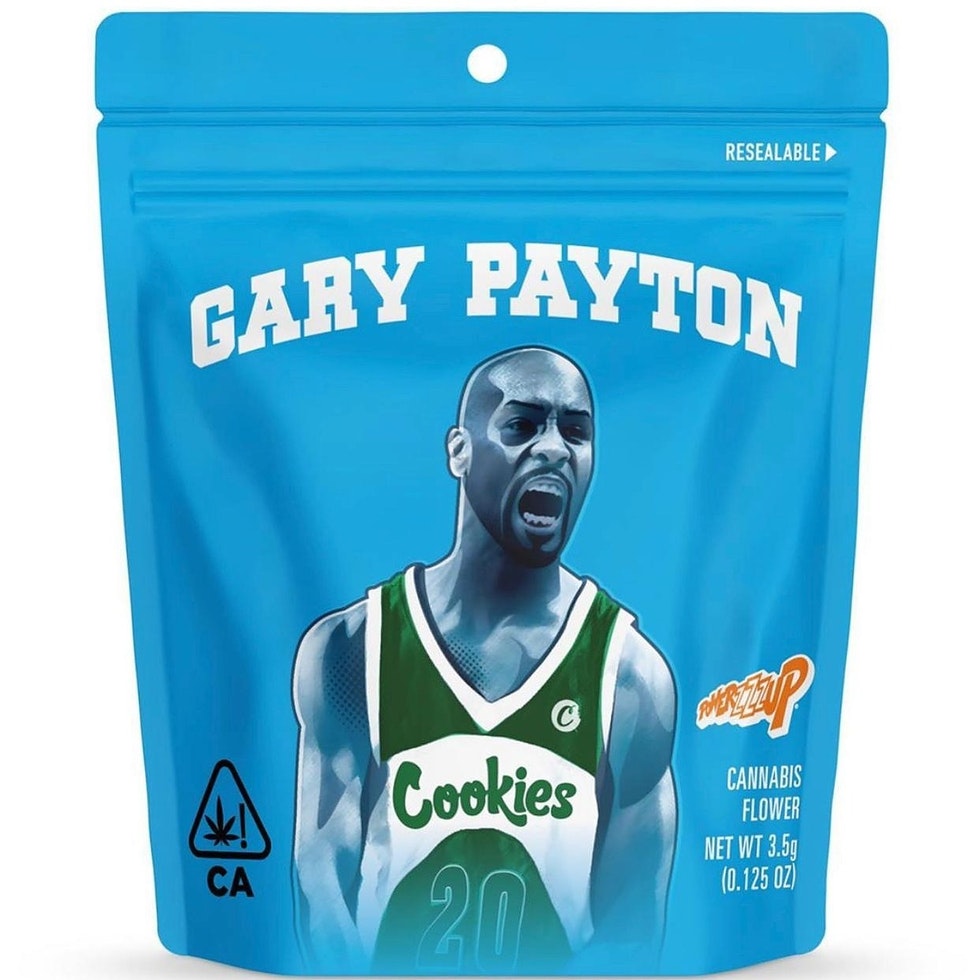 The Gary Payton strain is a cross between The Y and Snowman, two of Cookies’ most sought after strains. Known for its “loud” smell, Gary Payton could run you about $70 for 3.5 grams.  But the dope packaging designs and the connection to this sports star probably make that price point manageable for superfans. Will Gary open the door for more athletes to use their likeness for cannabis? The pothead sports fan inside of me is excited to see.

Week after week, the gladiators of the NFL put their bodies and their futures on the line for the love of the game. But what people don’t see are the measures that players go through in order to perform. 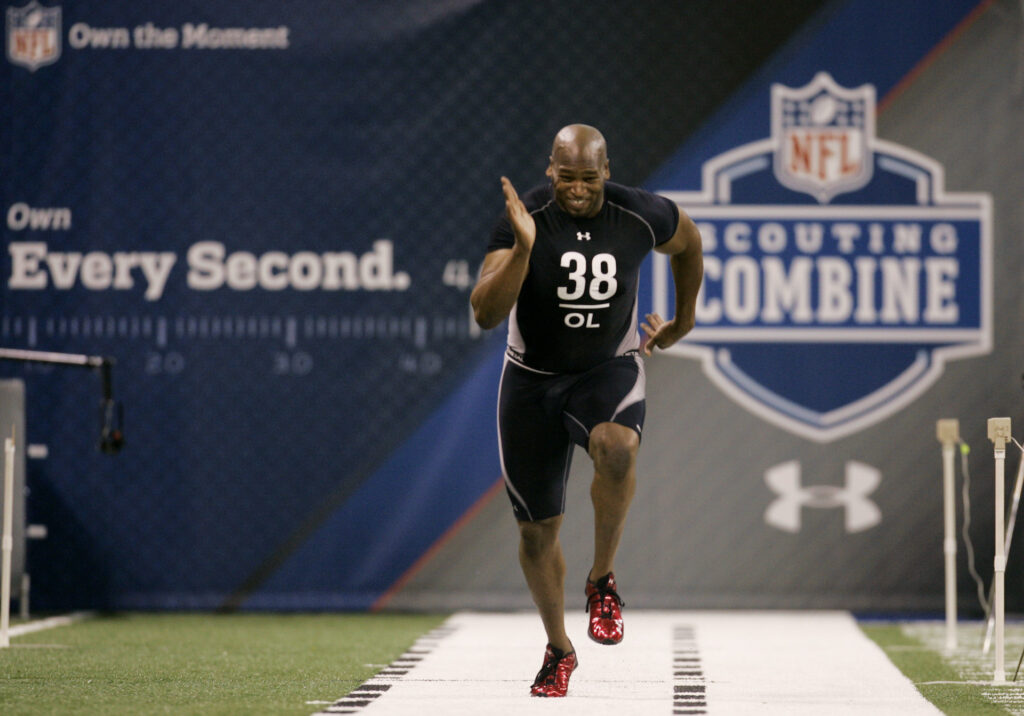 Eugene Monroe was one of the best football players in the world. The high school All-American became one of the best offensive tackles in college football. And as a top 10 pick in the NFL draft, Eugene made his presence felt on the professional level too.

The other thing that Eugene felt was the physical effects of the game. Chronic Trauma Encephalopathy, better known as CTE, is a brain injury detected in 90% of former NFL players examined.

The use of opioids to help with the physicality of the game has been commonplace in the league for years. But In 2016, Monroe became the first active player to advocate for cannabis use in the NFL – disregarding the opioid trend.

Now, as a member of the NFLPA Pain Management Committee and the Athletic Ambassador for Doctors for Cannabis Regulation, Monroe is taking a stand against the mistreatment of all players. Hopefully, Monroe can help push the NFL to a place of progress and equity for all players in the league. 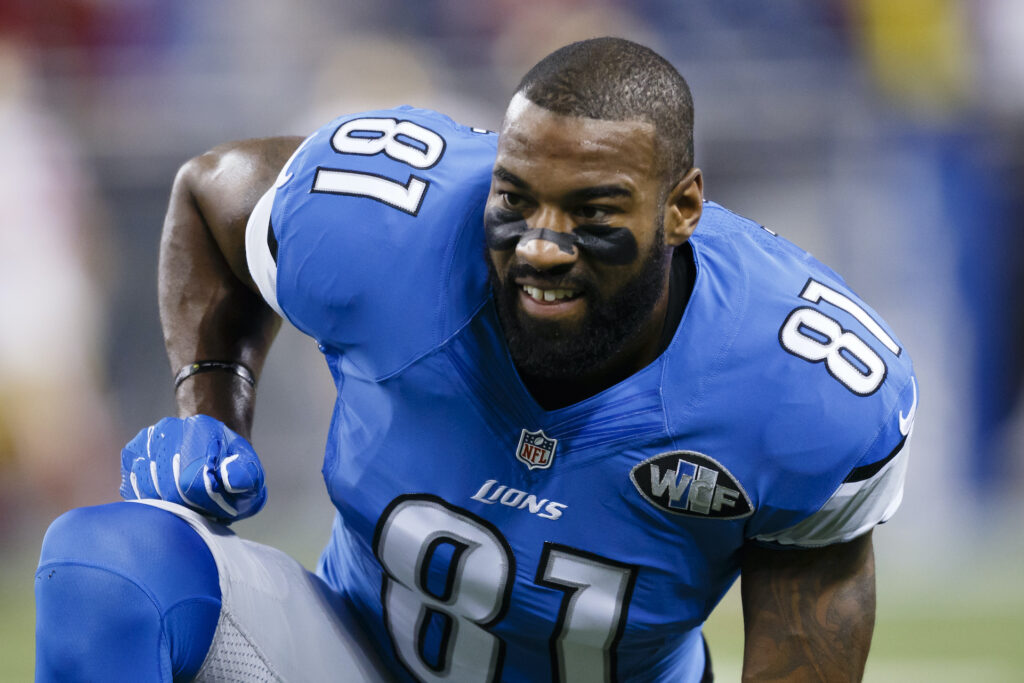 Yet again, two former Black players are stepping up to the plate, doing things with their earnings from the billion-dollar behemoth football industry. Calvin Johnson Jr. and Rob Sims aren’t the first NFL players to advocate for cannabis use, but they are the first to work with Harvard University. The two former players created Primitiv Group, a cannabis research company fighting the opioid crisis and finding the benefits of the flower. 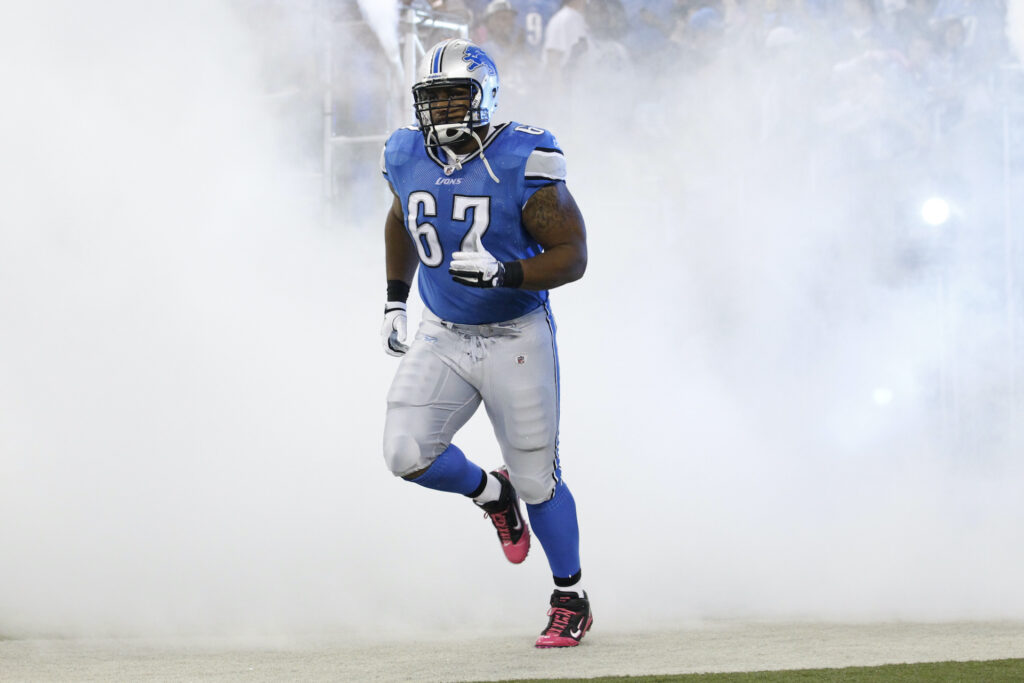 Based in Michigan, Primitiv is going to work with Harvard on how medical marijuna effects CTE. Since can’t be confirmed until death, science needs to get ahead of it by learning more. The behavior of players can be seen and felt in their everyday life, and it’s easy for serious symptoms to become commonplace. Disturbing behaviors like memory loss are normal for players who have been banging their brains inside of a helmet for 10+ years and are beginning to develop CTE.

With the trend towards federal legalization, there’s only a matter of time before the NFL finally realizes what must be done. Cannabis isn’t worse than the pills. If we can’t see eye to eye about that, then there will be unnecessary pain for future players.

The future is bright for Black athletes in cannabis. With more endorsements, investments and licensing deals bound to happen, when will all the pro leagues in America stop banning cannabis? Will we line up for new strains like we do new sneakers? Only time will tell, but I hope so.

Puffco takes dabbing to the subsequent stage with the Peak Professional