“Nobody’s in prison just for marijuana.” That’s one of the oldest and most pernicious lies peddled by those who oppose cannabis legalization.

In fact, more than 650,000 Americans are arrested for cannabis every year. That’s despite the fact that it’s legal in 11 states, and medically legal in 35. Those people aren’t given tickets. They go to jail.

On any given day, American jails and prisons hold an estimated 40,000 prisoners for cannabis crimes. Countless others languish in prisons around the world.

To help right this wrong, Leafly has partnered with the Last Prisoner Project, a nonprofit coalition of cannabis industry leaders, executives, and artists dedicated to bringing restorative justice to the cannabis industry.

The Last Prisoner Project works to free people who are suffering under extreme sentences handed down during the height of the war on drugs—and also some who were just sentenced last week, last month, or last year.

In many cases, these are older Americans who’ve served decades behind bars for engaging in a trade that is now legal. Investors, owners, managers, and staff are making good money while old-school pioneers suffer a life of incarceration.

You can help by learning about their stories, and adding your voice to the many who are calling on governors and state parole boards to end this injustice.

This 69-year-old Michigander is currently fighting for his life in a hospital and under incarceration. Thompson is 25 years into a 40 to 60-year sentence handed down for selling three pounds of weed in 1994. He’s the longest-serving nonviolent offender in Michigan history.

Michael Thompson, now 69, has served 25 years in prison for selling three pounds of weed in 1994. He’s not eligible for parole until 2038. Your call to Michigan Gov. Gretchen Whitmer can help him gain clemency. (Photo via Last Prisoner Project)

Michael Thompson needs our help right now. In late July he was rushed to the hospital with COVID-19 symptoms. He is 69 and a diabetic, which means he’s at extreme risk of death from the coronavirus.

Gov. Gretchen Whitmer could free him tomorrow. Your voice can help. Read more about him in this full profile, and act using the contacts below.

Michael Thompson’s MDOC number is 176309. The numbers to call:

Sean Worsley served the United States bravely and honorably, working with a bomb disposal unit in Iraq during the heaviest fighting there. 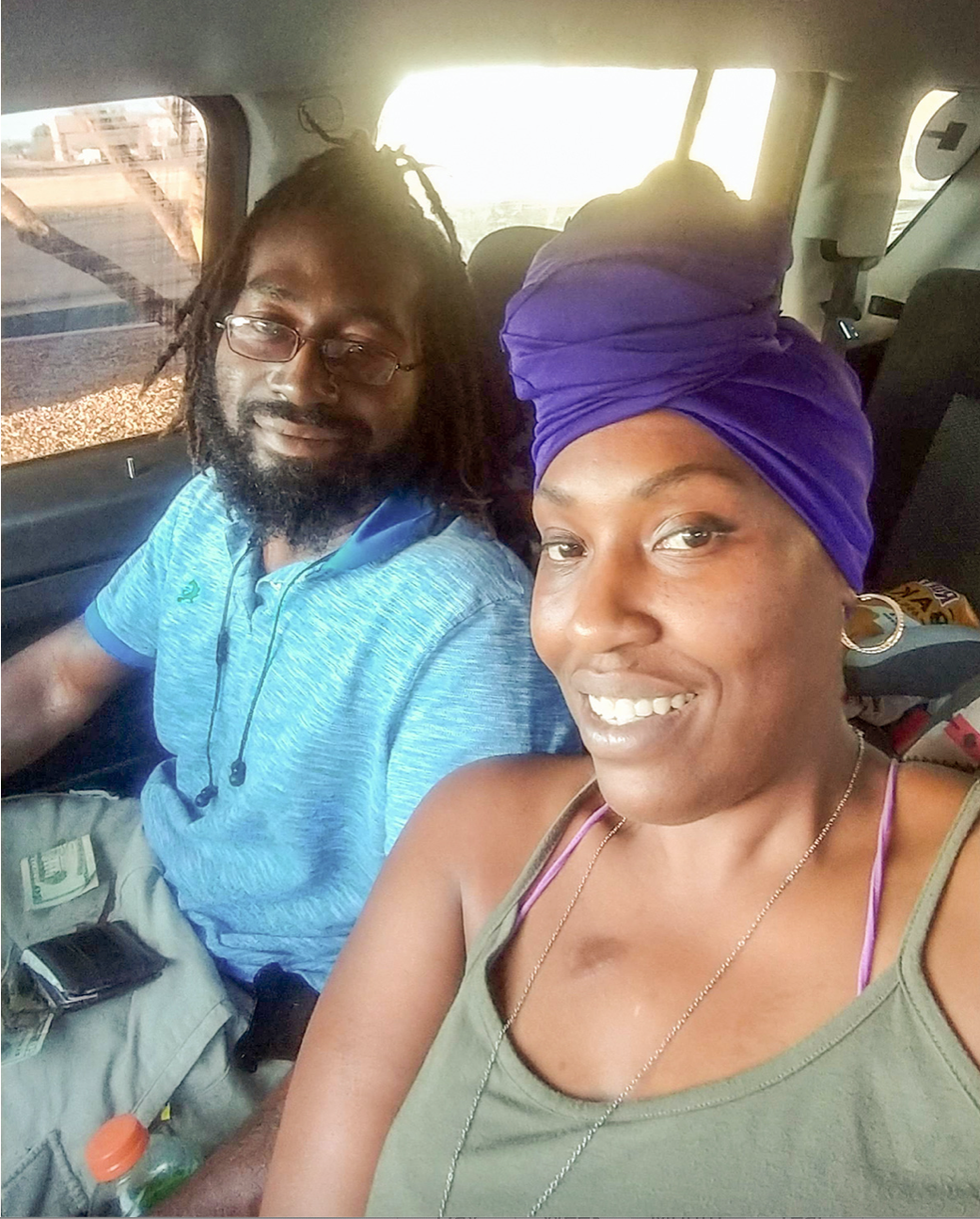 Sean Worsley and his wife Eboni Worsley, in more recent and happier days, prior to Sean’s incarceration in Alabama. (Photo courtesy of Sean & Eboni Worsley, LPP)

Worsley, 33, returned home and learned to manage his PTSD and war-related head injury using legal medical marijuana in Arizona. Unfortunately, during a long-distance road trip to visit family in 2016, an Alabama policeman discovered a small dose of his medicine in the back of Worsley’s car. Because medical marijuana is not legal in Alabama, Worsley was sentenced to five years in state prison. He’s currently incarcerated for taking medicine that is completely legal in his home state.

Read more of Worsley’s incredible story in this Leafly profile.

How you can help:

Richard DeLisi, 71, is currently serving 98 years in prison for smuggling cannabis into Florida in the 1980s. He was convicted in 1989 as part of a law enforcement reverse-sting/entrapment operation. DeLisi now uses a walker to make his way around the Florida prison that is his home. 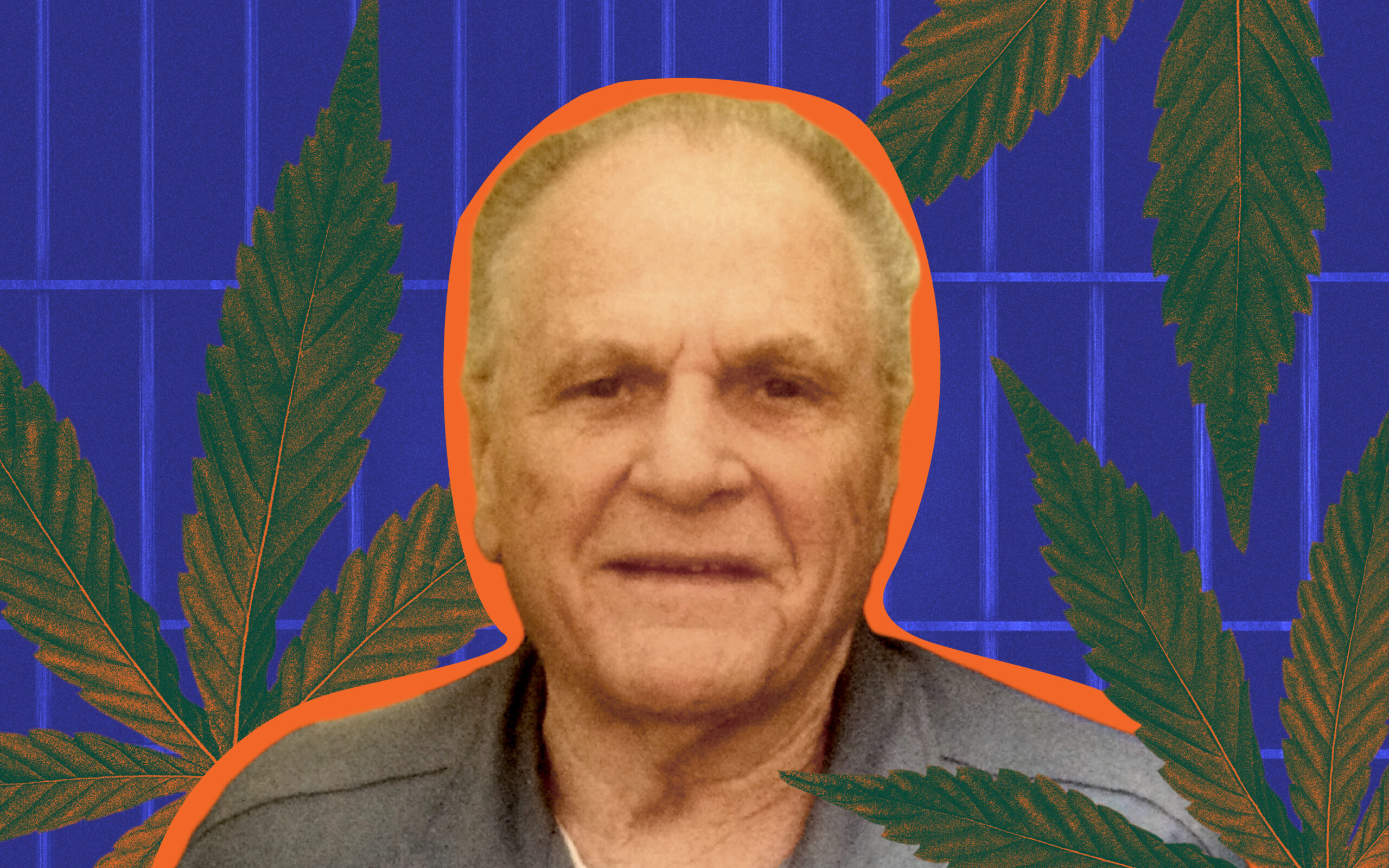 Richard DeLisi, 71, uses a walker to get around in prison. He was convicted of a crime that’s no longer a crime in 11 states. (Leafly illustration)

You can help by:

Emailing Florida Gov. Ron DeSantis and urging him to grant clemency to Richard DeLisi. That address is:
[email protected]

More on cannabis prisoners in America

“It’s time to release cannabis prisoners—like today”: Leafly contributor and Great Moments in Weed History podcast co-host David Bienenstock argues that “no one incarcerated for a victimless cannabis offense should continue to be incarcerated today. Now is the time to free our cannabis prisoners and further reduce the risk of COVID-19 outbreaks in correctional facilities.”
“Free at last! Missouri cannabis prisoner released after 20 years“: Advocacy works. Asks Jeff Mizanskey. He’s a nonviolent prisoner who had been jailed in Missouri for 20 years, from when he was 41 years old until his present age of 62. After two decades behind bars, he walked out of prison earlier this year. He walked into the summer air, hugged his family, and thanked his supporters, including the Missouri group, Show-Me Cannabis, who fought tirelessly for his release.
“Bernard Noble, serving 13 years for two joints, granted parole”: Advocacy works, part II. Bernard Noble, a 54-year-old truck driver serving 13 years for two joints, walked out of a Louisiana prison in early 2018 thanks to the tireless work of his family, friends, and advocates. Noble served seven years and four months of his sentence.
For more information about other cases, visit the Last Prisoner Project website.